Voices of the Watershed: Art Reichert

Art Reichert is a man with a mission: to keep Gallinas Creek as unspoiled as possible, no easy task since it flows through an urbanized area. Since the 1980s, the Santa Venetia resident has been paddling the creek and scooping out trash along the way. The county, appreciative of his help, hauls away what Art fishes out.

“I’ve found so many interesting things in the water—a whole telephone pole, an old railroad tie. There was even a kayak that washed up in the marsh,” Art says. But most of the debris is ordinary litter. “A lot of it makes its way from both sides of the Highway 101 area,” he says. To make a dent in the problem, he’s urged the county to install a trash boom at the bridge over Redwood Boulevard. Such a device would trap litter in large screens, but the county would need to empty the captured trash periodically. “I presented the costs to the county,” Art says. “It wasn’t that expensive to install. But they had no budget for maintenance.”

Now, though, with the requirement that municipalities prevent trash from entering waterways, perhaps the proposal will go somewhere. Neighbors, too, can do their part by simply keeping their garbage cans closed so crows and raccoons don’t scatter the contents. And folks lucky enough to live along the creek can keep their docks in good repair.

Art was a founding member of the Gallinas Watershed Council, which grew out of his years of participation on the Flood Control Zone 7 Advisory Board. “Susan Adams urged me to educate neighbors about flooding issues,” he recalls, so he began writing regular articles for The Communicator, Santa Venetia’s bimonthly newsletter. A steadfast opponent of inappropriate development along Gallinas Creek’s pastoral shores, Art firmly believes that education is the key to showing people how precious a resource is right in our backyard. He has taken many neighbors on canoe trips so they can appreciate the area as much as he does. A jaunt with Supervisor Damon Connolly and Assemblymember Marc Levine opened their eyes to what a spectacular setting Gallinas Creek is.

“There’s a fair amount of fish and bird life that depend on the creek. Salmon have even been seen there,” Art says. “After a big cleanup, there’s a real sense of making a difference. It’s so satisfying to see a clean, unspoiled creek.” Although health challenges have curtailed Art’s cleanups for now, they haven’t diminished his enthusiasm for protecting the beauty of Gallinas Creek and the life it supports.

This site uses Akismet to reduce spam. Learn how your comment data is processed. 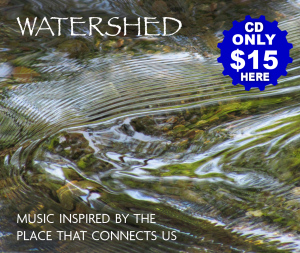